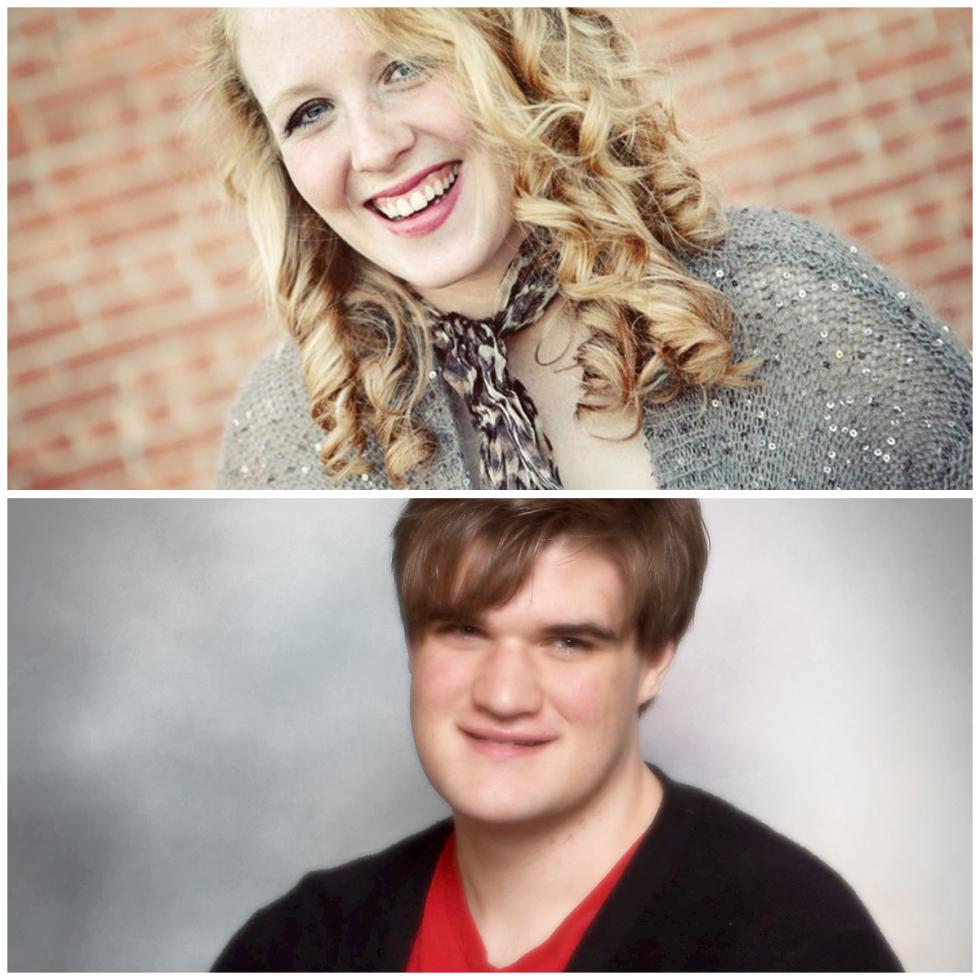 <p>Alicia Working of Mustang (above) and Zachery Geary of Okeene (below) are the 2011-12 recipients of the William Neill Scholarship.</p>

Alicia Working of Mustang and Zachery Geary of Okeene have been awarded the William Neill Scholarship at the University of Science and Arts of Oklahoma this fall.

The scholarship covers the cost of room, board, books, tuition, and related fees for the recipient minus the amount applied to these costs through other University, state, and/or federal grant and scholarship sources. In short, it covers most things not covered by other aid.

Geary was active in the Family, Careers and Community Leaders of America organization in Okeene and is currently a volunteer counselor for the ArtScope program held at USAO. He has declared a double major in communication and political science.

Geary said that with his double major he plans “on becoming a journalist or a lawyer” and “hopefully one day run for political office.”

Working has volunteered with several organizations including the American Red Cross, Relay for Life, Skyline Homeless Ministries and the Mustang United Methodist Church. She has also traveled abroad extensively on mission trips to Africa and South America.

Working said that she hopes that “college will focus all of my love for people into making an impactful difference.”

The Neill scholarship is one of two new scholarships established by Chickasha residents Phillip and Kay Neill Wint in honor of beloved family members who shared a deep sense of community commitment.

The William Neill scholarship was founded in honor of Kay Neill Wint’s brother, a successful attorney who had to overcome considerable adversity in order to put himself through law school.

“My brother is a perfect example of someone who had the potential to succeed but was also willing to work hard to overcome obstacles in order to achieve it,” Neill Wint said.

“After attending Stanford and Arizona State to get an accounting degree while working full time, Bill got turned down by the University of Southern California to study law.”

Neill, however, made his case and was eventually accepted by USC, where he studied law at night while managing multi-million dollar contracts for McDonnell Douglas. He graduated with his doctorate in jurisprudence in 1968 and became the youngest district attorney in California’s history in 1972.

Neill, the son of former Oklahoma state senator Jack Neill, went on to balance his passion for practicing law with a strong sense of community involvement.

According to Neill Wint, her brother was responsible for a 10-year initiative to lobby Congress to establish a wilderness area in Trinity County, California, where he lived.

“There was some political resistance to the idea. So, Bill arranged for a number of Senators and Representatives to be flown in for a steak fry in one of the meadows so that they could see for themselves what a place of extraordinary beauty that it was.”

The result was the establishment of the Trinity Alps Wilderness Preservation in 1984 that protected more than 500,000 acres of pristine wilderness from future development.

In order to qualify for the Neill scholarship, applicants must meet a number of criteria. He or she must be a first-year student who is a second-generation resident of Oklahoma. An applicant must live on campus, participate in campus activities (performance groups, student government, clubs) and maintain a part-time job.