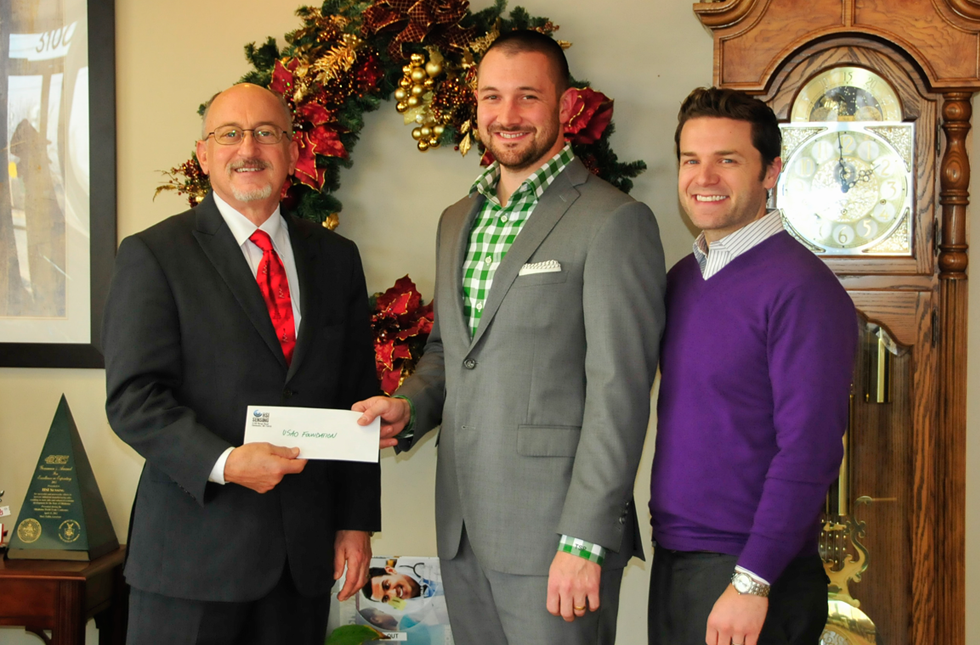 Local business leaders and statewide foundations alike have made substantial contributions to the science and mathematics programs at the University of Science and Arts of Oklahoma as part of the Ready, Set, NOW comprehensive campaign.

Recent gifts to the Austin Hall renovation project, one of four major goals of the campaign, include $25,000 from the Kirkpatrick Foundation; $15,000 from HSI Sensing; and a leadership gift from Larry and Diana Brown.

Larry and Diana Brown have been part of the Chickasha community for over 35 years and remain active in support of the community.

Larry and Diana Brown graduated from the University of California at Davis with degrees in mechanical engineering and foods and nutrition, respectively.

Larry Brown was founder and president of Midwest Towers and retired recently when the company was sold. Larry has served on the USAO Foundation board since 2011.

The Browns said that they continue to be proponents of the need for science, technology, engineering and mathematics (STEM) in education and that the opportunity to “give back” through the Ready, Set, NOW campaign was an excellent fit.

“We continue to look for opportunities to expand our strong belief in philanthropy and the presentations for the campaign kick-off touched us,” Larry Brown said.

“We felt this opportunity was a good one that fit our goal to help students in fulfilling their dreams. Improving a facility is a great way to fulfill that goal.”

Their sensors are used in many different application including burglar alarms, jet engines, defibrillators and equipment used to explore space.

Travis Posey, HSI’s vice-president of business development, serves on the USAO Foundation board.

Posey sees the company’s gift as an investment in the readiness of its future workforce and as a way to directly improve Oklahoma higher education.

“At HSI Sensing, we see partnering with higher education as a critical component to our success,” Posey said. “We are so fortunate to have such a high education standards college in our community that we can partner with both financially and with providing student internships.”

The Kirkpatrick Foundation has supported Oklahoma non-profit organizations since its inception in 1955. They make regular donations to improve arts, culture, education, animal wellbeing, environmental conservation and historic preservation around the state.

The Kirkpatrick Foundation gift is being used to make improvements to the USAO Habitat Area, located to the west of Chickasha.

Jason Shaw, assistant professor of biology, is eager to implement the improvements to the habitat made possible by the gift.

“These renovations will make it easier to observe animals near waterways, ponds and wetlands at USAO’s Habitat Area,“ Shaw said.

“The trails leading to the observation platforms will be ADA handicap accessible, making it easier for us to use them with all of our students instead of a limited population. We will also be increasing accessibility to the East side of the habitat area. This will probably involve installation of a new entrance, parking area and accessible trails that lead to observation areas.”

The overall mission of Habitat Area is to observe and encourage natural plant and wildlife activity on 144 acres of marsh, native grass and forest areas owned by the university since its founding in 1908.

The current project focuses on infrastructure that will support teaching and learning opportunities by making the Area accessible to students and faculty throughout the region.

The impact of the current project will be a measurable increase of teaching and learning opportunities within this natural setting and the utilization of the Habitat for fieldwork and nature studies by USAO and neighboring school districts.

This recent string of gifts continues a pattern of giving by business entrepreneurs to build upon the solid foundation of broad scientific learning at the university.

USAO Regent David McLaughlin and his wife, Jean, kicked off the campaign with a $250,000 gift earmarked for the Austin Hall project.

McLaughlin, who chairs the Foundations and Corporations division of the campaign, is the co-founder and board member for AdvancePierre Foods.

The university launched the campaign in November of 2012. It has been successful in raising 80% of its stated goal of $4.85 million and is scheduled to conclude in the spring of 2015.