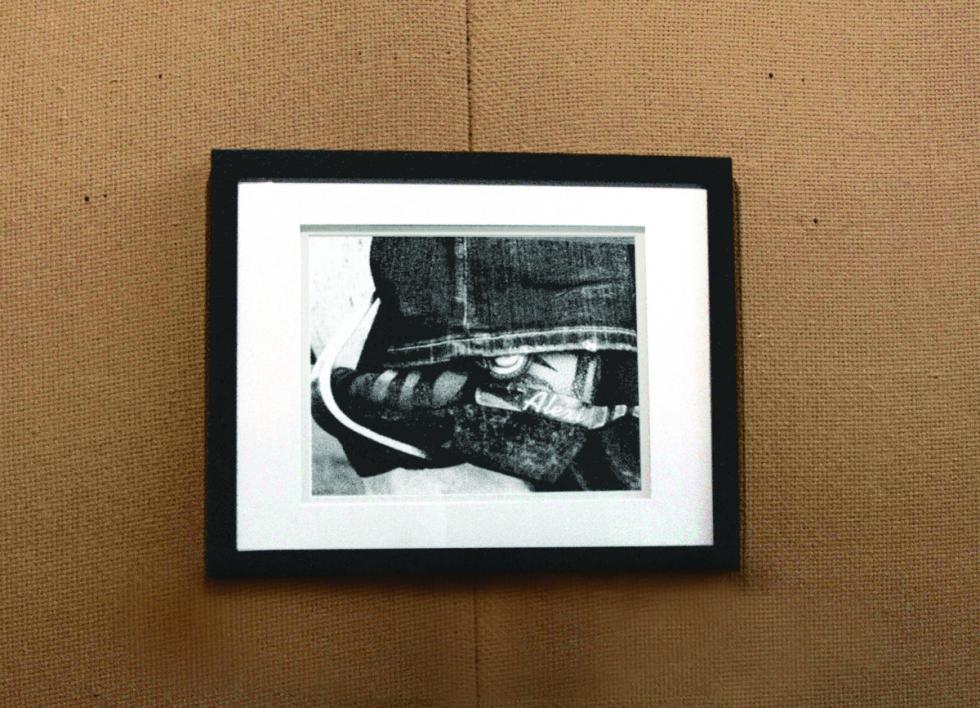 Alexis Allen’s “Tools of the Trade” won the Best in Show award in the Innovations 2011 art competition. The awards, which were given out March 11 featured work submitted from 18 different schools.

More than 110 students faced off recently at Innovations, an annual high school art competition held at the University of Science and Arts. Students from around the state competed in the art exhibit held exclusively for high school juniors and seniors.

USAO’s art faculty assessed 196 entries in order to assign 18 awards of merit, 10 judges’ choice awards and one award for best in show.

This year’s Best in Show prize was awarded to Alexis Allen of Alva for her photograph entitled, “Tools of the Trade.”

According to Jacquelyn Knapp, associate professor of art, “Tools of the Trade” stood out as a winner because, “it was striking as an image, featuring good composition, good design, excellent print work and it was professionally presented.”

The awards, which were given out March 11 in a ceremony held in the Third Floor Gallery at USAO, featured work submitted from 18 different schools. Judges’ choice winners were awarded $50. The Best in Show award is $100.

“Art entered into Innovations 2011 displays a great deal of talent by High school students across the state,” Knapp observed.

USAO student Wendy Chambers recalled her own participation in Innovations, noting “it played a really big role in my process when deciding to attend USAO as an art student.”

Chambers’ piece won the Judge’s Choice and she received an award of merit in 2008.

Art scholarships at USAO are available. For more information, contact Kent Lamar, professor of art, at (405) 574-1302.

The winners for Innovations 2011 were as follows: