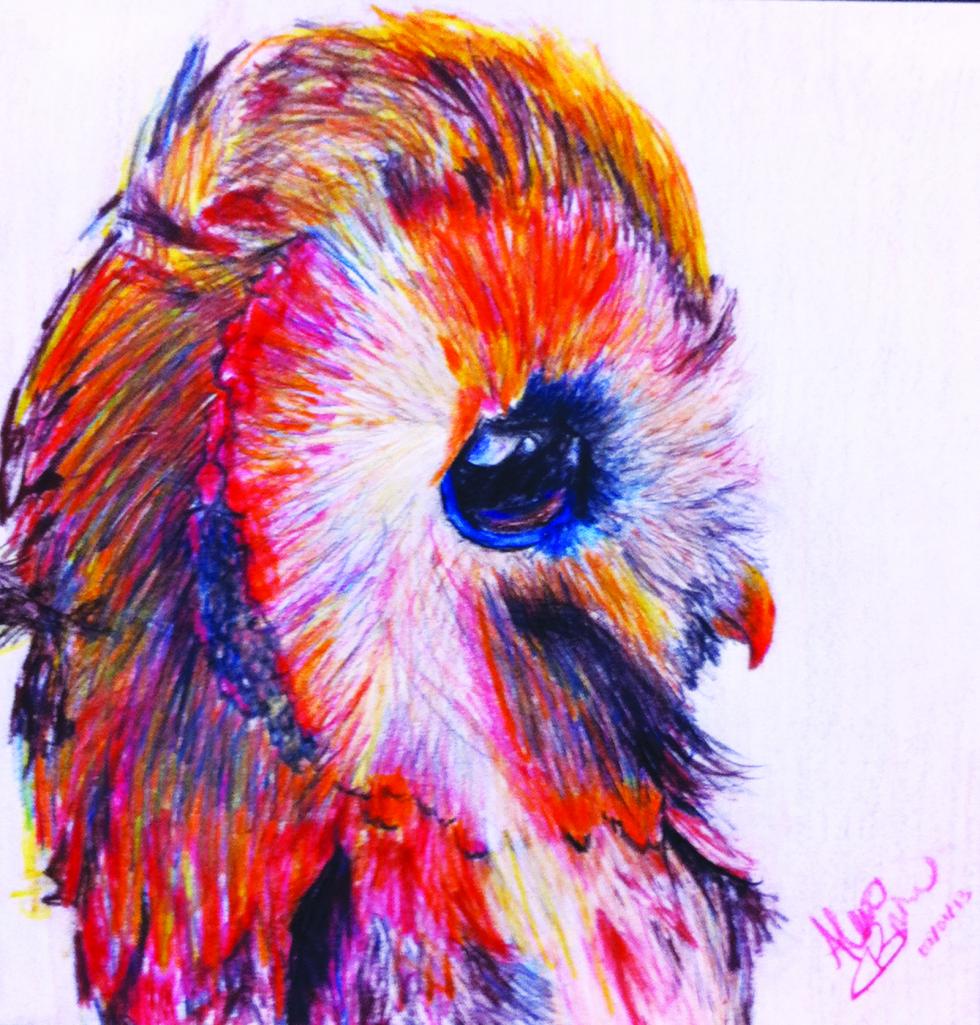 Alexis Brown’s “Owl-ways & Forever” won the Best in Show award in the Innovations 2013 art competition. The awards, which were given out March 18, featured work submitted from 13 different schools.

This year’s Best in Show prize was awarded to Alexis Brown of Verden for her colored pencil drawing entitled, “Owl-ways & Forever.”

Knapp said “Owl-ways” stood out as a winner because, “the colored pencil owl was small in dimension but spoke volumes in terms of organic design, originality and overall magnetism.  The artist used the space effectively and handled the medium masterfully.”

The awards, which were given out March 18 in a ceremony held in the Third Floor Gallery at USAO, featured work submitted from 13 different schools. Judges’ choice winners were awarded $50. The Best in Show award is $100.

“Art entered into Innovations 2013 displays a great deal of talent by High school students across the state,” Knapp observed.

The winners for Innovations 2013 were as follows: