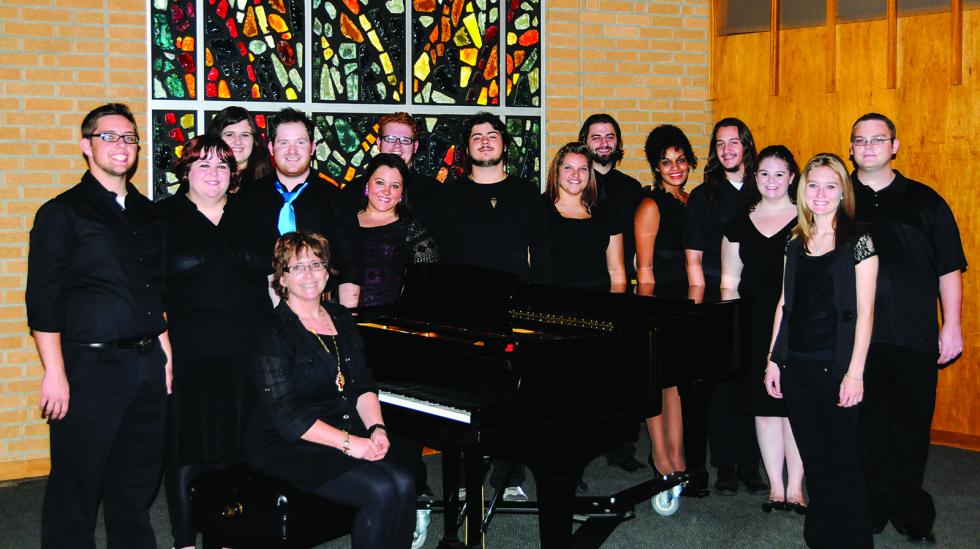 The number of opportunities for students to perform in music ensembles has grown at the University of Science and Arts with the creation of the new chamber choir.

The choir was created to give more students access to performance opportunities as well as create an ensemble that could perform at public events both in and outside the community.

The singers, who underwent a competitive audition for a spot in the ensemble, have been rehearsing since August. The current line up features 14 male and female voices.

“The chamber choir was designed to provide an advanced choral singing opportunity for our vocalists,” Hanson said.

“The music I’ve selected is primarily a capella and arranged to require strong performances from every member. I love what I’m hearing so far and can’t wait to get them in front of audiences.”

The group’s repertoire in its inaugural season is composed of traditional and modern arrangements of Christmas carols.

The choir is scheduled to perform at a number of events, including the Altrusa Hall of Trees in the USAO Student Center on Nov. 17 and the opening ceremony of the 20th anniversary Festival of Light on Nov. 20.

Other upcoming performances include Homecoming on Nov. 3 and a concert of seasonal music on Nov. 29, both on the university’s campus.

The choir will be accompanied by Rhenada Finch, instructor in music.

More information about the ensemble and its availability to perform at social functions and corporate events can be obtained by calling 574-1298.