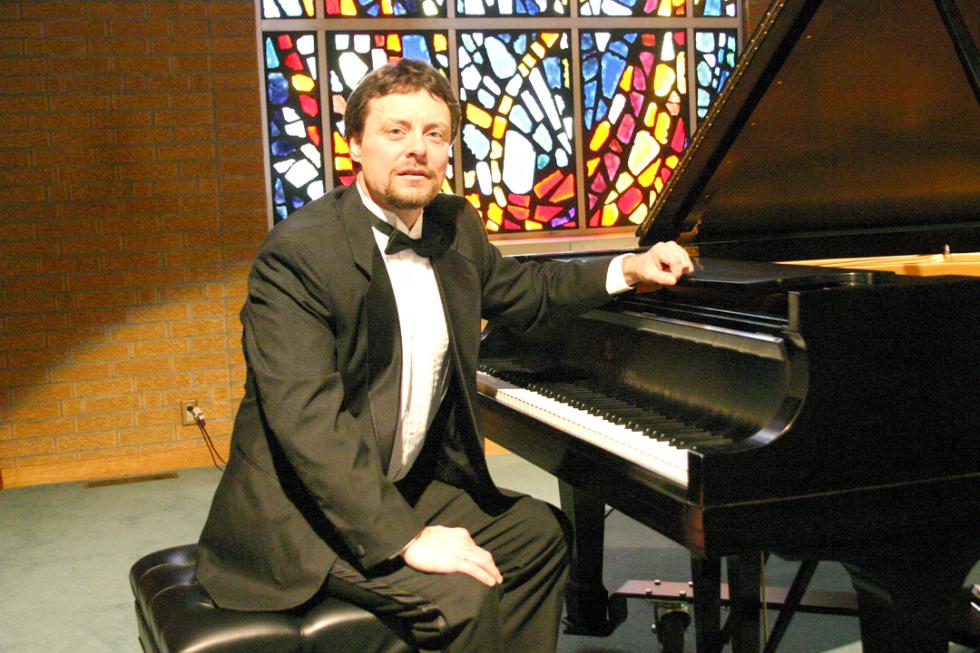 CHICKASHA – Dr. Stephen Weber could easily be called one of the most published composers around, and not without good reason. The University of Science and Arts associate music professor recently won his 12th consecutive award from the American Society of Composers, Authors and Publishers (ASCAP).

The nationally-recognized performance rights organization keeps records of public performances of composers who have registered original works with them and, in Weber’s case, awards them each year accordingly.

Weber, whose collection of ASCAP published works exceeds 60, said this past year was a busy one for composing.

“This past year was a productive one in terms of performances and compositions, though I haven’t pursued publication of several of my new works,” Weber said. “My Sonatine for Flute and Piano was performed at the Mid-Atlantic Conference of the Flute Society in Washington, D.C. My new song cycle Quips, Quotes and Quibbles was performed at the South Central Regional Conference of the College Music Society.”

The ASCAP Plus Award provides a cash award for performances of registered works over the past year, whether they occur in concert halls, university campuses or other public performing venues.

For Weber, who has taught at USAO since 1995, tracking public performances is just another task he’d rather leave to the professionals at ASCAP.

“With more than 80 total published works available to musicians worldwide, it’s difficult to have any idea where and when my music is being performed,” he said.

In addition to the aforementioned works, Weber recently completed two other song cycles and music for a new opera this past year. The space-themed opera, entitled, “The Quantum Fieldtrip,” is the collaborative work of playwright Julie Bohannon, who serves as USAO’s director of alumni development, adjunct art instructor John Morgan and USAO alumna Jenese Snow.

Dr. Ken Bohannon, associate professor of music, will direct the production. Weber composed the music for the show. The opera will receive its premiere performance at USAO on November 10, at 7:30 p.m. in the Te Ata Memorial Auditorium.

Weber said he plans to pursue publication of these three works in the coming months.

Additionally, two other pieces recently were accepted for publication: Suite Maladies for brass trio and piano is now published by Solid Brass Publications of San Rafael, Calif. and Miniatures for woodwind quintet is published by Dorn Publications of Medfield, Mass. Both works premiered at USAO in 2004 and 2005, respectively.

Although the ASCAP award makes number 12 for the local composer, Weber takes a humble approach to his achievement.