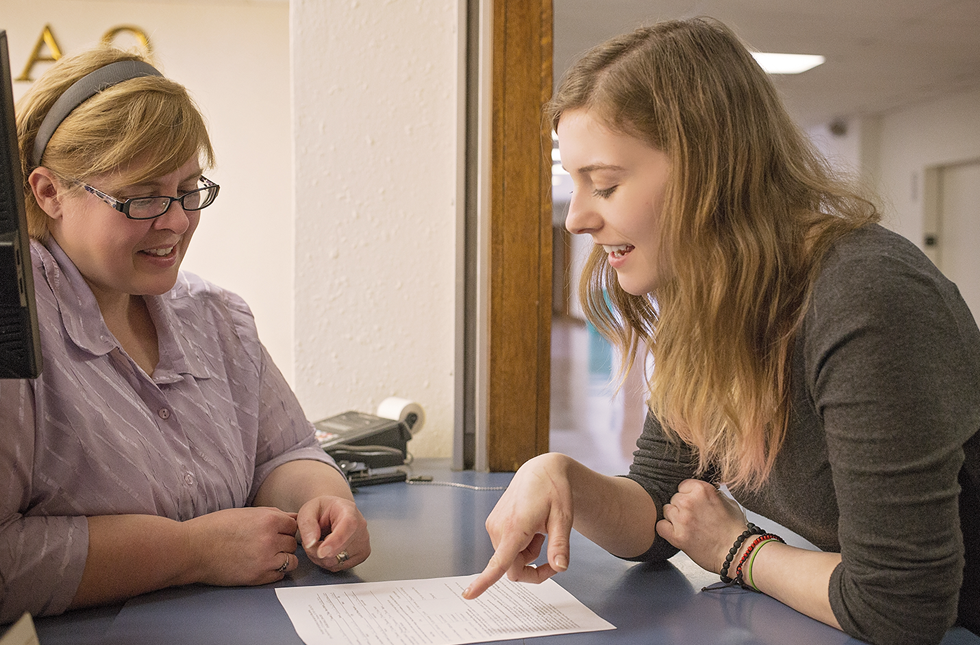 Topping a national list for “Best College Values Under $30,000” published last week by an influential financial institution is the University of Science and Arts of Oklahoma.

Kiplinger’s published the list, which singled out two Oklahoma institutions for special acclaim, last week on its website.

“We are delighted that yet another independent, unsolicited, national analysis has demonstrated the magnificent value that USAO provides to students in Oklahoma,” said Dr. Dex Marble, vice-president for academic affairs.

Kiplinger's is a Washington D.C. based financial institution. It publishes its Personal Finance magazine with College Ranking lists, each year as a service to its readers.

Mike Coponiti, vice-president for business and finance, asserted that cost of attendance at USAO remains low by design.

“We strive to control our cost to students,” Coponiti said, “while recruiting high-quality teaching faculty from across the nation, who prepare them how to think and adapt in a global environment.”

Oklahoma State University is ranked ninth on the list.

Kiplinger’s ranked USAO as the most affordable institution on its 2014 100 Best Values in Public Colleges list in December of 2013.

The American Council of Trustees and Alumni awarded USAO an “A” grade in August of 2013 for the breadth of its core curriculum in its annual “What Will They Learn?” survey. It was the only Oklahoma institution to receive the highest marks.

That same month, Washington Monthly magazine ranked USAO fourth among 255 public liberal arts university in the nation for economic accessibility and for fostering upward social mobility among its graduates.

2013 also marked the third year that USAO was ranked among national liberal arts colleges in US News’ Best Colleges Guide.

USAO is one of five universities belonging to the Council of Public Liberal Arts Colleges (COPLAC) on the list.

Though they represent only twenty-seven of the more than two thousand universities in the United States, COPLAC schools, like USAO, have received consistent praise in the past decade for the potent combination of academic excellence and value that they represent for prospective students.