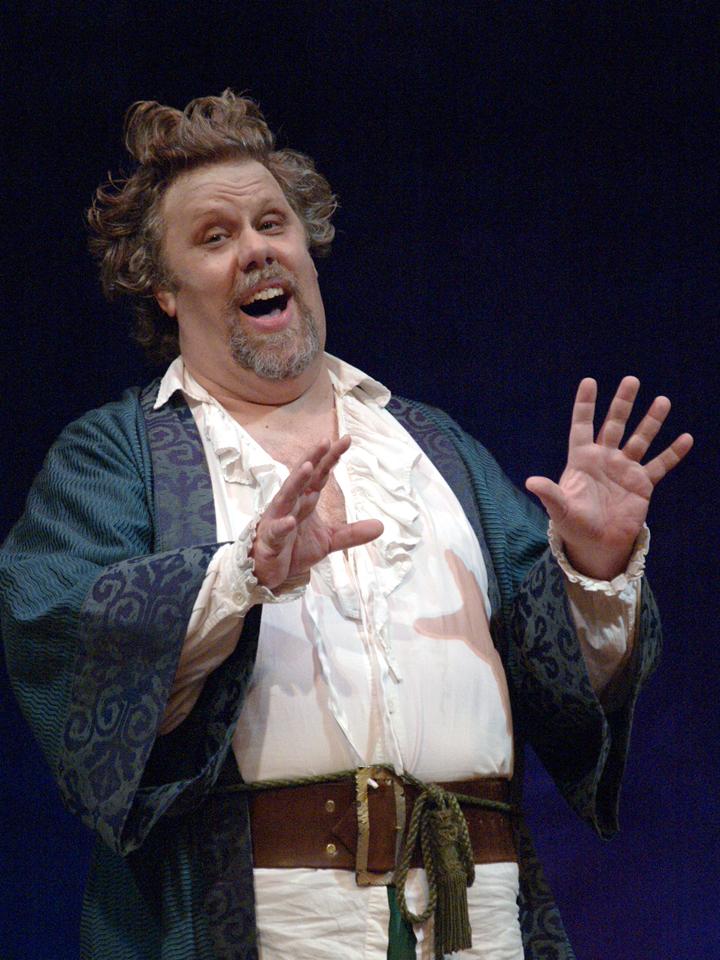 CHICKASHA – Some singers would faint at the thought of performing before a panel of world-renowned singers. Not Jeffrey Snider. In 2005, he placed second in a vocal competition judged by opera celebrities such as Placido Domingo.

No wonder Snider’s been called “one of the finest male soloists” ever to have performed “Carmina Burana.” On Jan. 23, the renowned baritone will bring his award-winning voice to the University of Science and Arts at 7:30 p.m. in the USAO Alumni Chapel.

Snider’s performance is part of the annual Davis Waldorf Performing Arts Series (DWPAS) at the University.

Ken Bohannon, associate professor of music and coordinator for DWPAS, said Snider’s performance should be both unique and first class.

“We’re looking forward to having Mr. Snider here,” Bohannon said. “We haven’t had a male operatic vocalist here in quite some time. It helps bring some balance to our program by featuring a solo singer among the strings and other types of instrumental groups that we bring in.”

“He’s a world class singer, and I’m looking forward to it,” Bohannon said.

Snider’s concert will feature works by Handel, Brahms, Tchaikovsky, Fauré and Ives. He also will perform a selection from “Falstaff” by Giuseppe Verdi, the title role of which he performed recently with the Amarillo Opera.

A native of Buffalo, New York, Snider received both bachelor’s and master’s degrees from Indiana University. He earned his doctor of musical arts degree from the University of North Texas (UNT) in 1996. Two years later, he returned to UNT as an associate professor in the College of Music, where he now serves as chair of the division of vocal studies.

Last year, Snider stole the stage as Judge Turpin in the Lyric Stage performance of “Sweeney Todd” at the Meyerson Symphony Center in Dallas. He’s performed in Menotti’s “Amahl and the Night Visitors” with the Richardson Symphony and the Living Opera, Orff’s “Carmina Burana” with the Plano Symphony Orchestra and Handel’s “Samson” under the direction of Dallas Opera music director Graeme Jenkins.

In the studio, Snider is the baritone soloist on the Klavier recording of Orff’s “Carmina Burana” with the UNT Wind Symphony and Grand Chorus. Regarding the recording, J.F. Weber of “Fanfare” magazine said Snider was “one of the finest … male soloists I have ever heard in this work.”

Snider is accompanied by Dr. Elvia Puccinelli on piano. A specialist in collaborative arts and vocal literature, Puccinelli serves as assistant professor of music at the UNT College of Music. She has performed internationally at such events as the Los Angeles Philharmonic’s Chamber Concert Series, Placido Domingo’s Operalia Competition, the International Viola Congress and National Association of Teachers of Singing conventions.

An alumna of San Francisco Opera’s Merola Program, Puccinelli holds master’s of music and doctor of musical arts degrees from the University of Southern California. She also is an accomplished organist and harpsichordist.

After Snider’s concert, one act remains for this season’s DWPAS. The futuristic classical quartet Bach to the Future comes to the Te Ata Memorial Auditorium on February 27 at 7:30 p.m.