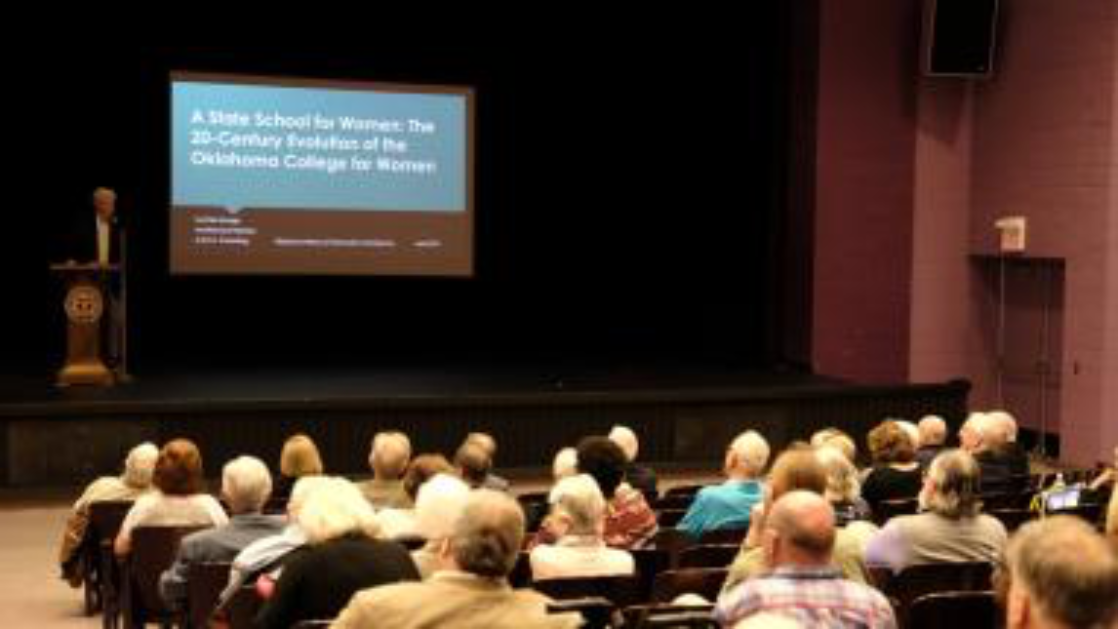 With its origins as the Oklahoma Industrial Institute and College for Girls stretching back to 1908, and its current listing on the National Register of Historic Places, the Oklahoma Historical Society saw the University of Science and Arts of Oklahoma as the perfect host for the 2019 Oklahoma History and Preservation Conference, “Women Who Built History.”

The conference also included a number of optional activities including tours of the Grady county museum, the Verden and Lincoln Separate Schools and the Comanche Nation Ethno-Ornithological Initiative; a celebration of early Native American cultural advocate Te Ata, featuring selections from the 2017 feature film bearing her name; and the OHS annual meeting, awards luncheon and mixers.

“This conference provided a rare opportunity for our institution to show off both its history and its accomplishments to an important group with myriad statewide contacts and lines of conversation,” said President John Feaver. “With this year’s theme focusing on women’s contributions to so many aspects of Oklahoma’s development, we were honored that the Oklahoma Historical Society saw in our campus a direct link to some of the earliest triumphs that women achieved in this state.”

Oklahoma’s first Legislature established the Oklahoma Industrial Institute and College for Girls in 1908. In 1912, it became the Oklahoma College for Women and gained a reputation for producing exceptional graduates. This status continued after the college became coeducational in 1965 and the name changed to the Oklahoma College of Liberal Arts. Receiving its current name in 1974, USAO continues this long history of innovation and excellence as Oklahoma’s only public liberal arts institution.

Founded in 1893, the Oklahoma Historical Society maintains museums, historic sites, archives and more to collect, preserve and share the rich history and culture of our state and its people. Gov. Dewey Bartlett created the State Historic Preservation Office in 1967 when he appointed the president of the OHS board as Oklahoma’s first preservation officer, making the society responsible for federal preservation programs including the National Register of Historic Places.