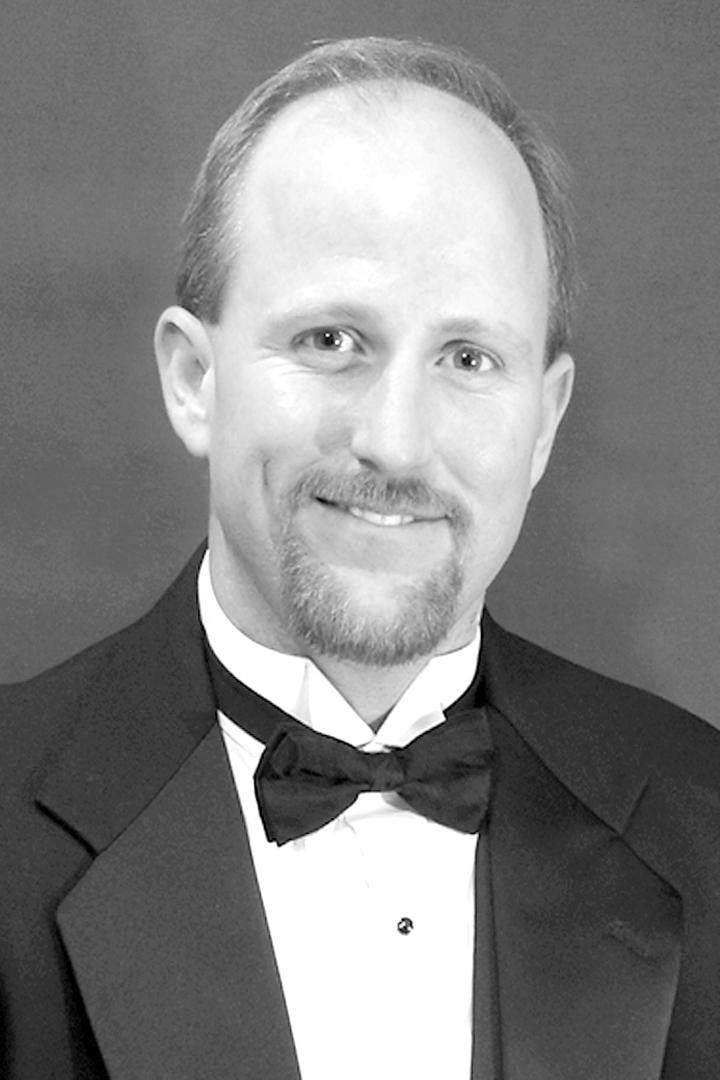 Former Ninnekah resident Steven Sanders, now an operatic singer in New York City, heads home with a festive concert Dec. 19 in the USAO Te Ata Memorial Auditorium. The metropolitan tenor will sing a selection of Christmas songs and more during the Davis-Waldorf Performing Arts Series concert, which begins at 7:30 p.m. Tickets for the show are on sale in the USAO Business Office or by phone at (405) 574-1213.

CHICKASHA – Every star has a starting point. For New York City opera tenor Steven Sanders, that place is Chickasha. The up-and-coming singer may earn a new appreciation for “I’ll Be Home for Christmas” when he sings it live Dec. 19 at the University of Science and Arts during a festive Christmas concert open to the public.

Beginning at 7:30 p.m. in the Te Ata Memorial Auditorium, Sanders will bring a selection of seasonal favorites and operatic specials during the final act of this fall’s Davis-Waldorf Performing Arts Series.

Since earning his bachelor’s degree in music education from USAO in 1998, Sanders has performed with prestigious opera companies across the nation, including Opera Theatre of Saint Louis, Opera Boston and many others. He’ll return to USAO with a selection of seasonal favorites designed to put even the grumpiest of Scrooges in the Yuletide mood.

Tickets for the show are on sale now in the USAO Business Office or by phone at (405) 574-1213. Tickets are $10, with discounts available for seniors 60 and above, students and children under 18 and USAO faculty, staff and students. Tickets are $1 for Chickasha public school students of all ages.

“Steve has a great voice,” said Ken Bohannon, assistant professor of music and coordinator for the Davis-Waldorf Performing Arts Series (DWPAS). “While I would like to take the credit for getting him started, much of what he needed as a student was merely in the form of encouragement to pursue an operatic career.”

He has sung with distinctive orchestras and ensembles across the nation, including “Carmina Burana” with the Dallas Wind Symphony, Beethovan’s “Mass in C Major” with Boston’s Masterworks Chorale and the Mozart Requiem with Ballet Austin.

In 2004, Sanders received the USAO Distinguished Young Alumni Award. The same year, the Boston Globe gave him rave reviews for his performance as Romeo in a Boston University production of “Romeo and Juliet.” The article complimented Sanders’ “genuine charisma and, best of all, a lovely elegantly produced voice with built-in ardor.”

Charisma indeed may be one of Sanders’ key selling points as a performer. In 2005, he starred in a special DWPAS performance of “The Three Redneck Tenors,” a comic spoof of the famous Three Irish Tenors. The comedy follows the trio from humble beginnings in Paris – Texas, that is – to their debut performance at New York City’s Carnegie Hall.

Sanders and his “redneck” counterparts took their musical comedy on a 50-city U.S. tour that earned wide recognition and several sold-out performances.

Bohannon said such a role was not uncommon for Sanders.

“As a student at USAO he starred as the big bad wolf in our production of ‘The Three Piggy Opera,’” Bohannon said. “He was so loud and convincing he actually scared the children half to death when he sang!”

“When I heard him sing and I got him to try a different approach to the top voice, I knew he had a chance of making it,” he said. “The rest of building his career came after graduation in the form of graduate school, several apprentice programs and summer opera productions. Now he has an agent and a vocal coach in New York City and is on the road to making a career in the classical world of singing.”

Sanders said he credits his singing career with experience and encouragement he received at his alma mater.

“When I came to USAO, I was a local boy from Ninnekah, just a few miles south of Chickasha,” Sanders said. “I always loved music but never really got involved in it until USAO. I remember my first voice teacher, Dr. Robert Jones, telling my parents that I could be a professional singer if I wanted to be. This is the first memory I have of actually thinking that a singing career was possible.”

Bohannon said the Dec. 19 concert features several Christmas favorites, some in foreign languages, as well as classical arias by Handel, Gounod and a duet from “The Pearl Fishers” by Bizet.

The Davis-Waldorf Performing Arts Series is celebrating its seventh season, thanks to the support of the USAO Foundation and KOOL 105.5 radio with generous underwriting by the Oklahoma Arts Council, Mid-America Arts Alliance, National Endowment for the Arts and the Kirkpatrick Family Fund and foundations, corporations and individuals throughout Arkansas, Kansas, Missouri, Nebraska, Oklahoma and Texas.