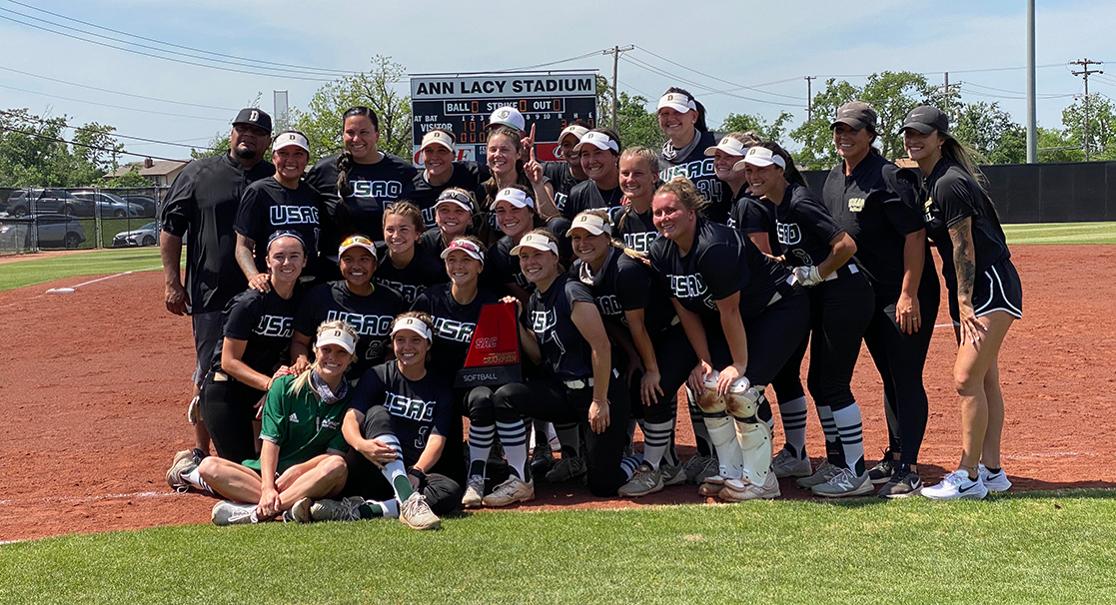 Drovers Enter NAIA Softball Opening Round as No. 1 Seed

The National Association of Intercollegiate Athletics announced that No. 3 ranked University of Science & Arts of Oklahoma would be a No. 1 seed in the NAIA Opening Round, which the Drovers will host at Bill Smith Ballpark from May 17-19.

The Drovers recently earned their second Sooner Athletic Conference Tournament Championship in program history, leading from start-to-finish in their 3-1 victory against No. 2 ranked Oklahoma City University, at Ann Lacy Stadium in Oklahoma City.

In the Opening Round, the Drovers will host No. 2 seed Grand View University (Iowa), No. 3 seed Concordia University (Neb.), and No. 4 seed Bethany College (Kan.).

The Drovers will open play against the Bethany College Swedes on Monday, May 17. Visit www.usaoathletics.com for all game times when they are announced.