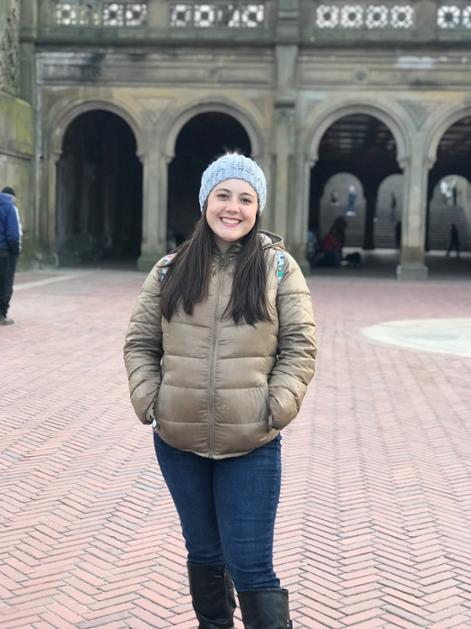 A fresh face on campus, Drew Penn transferred to USAO from Marion Military Institute (MMI) in the fall of 2019 to study deaf education. Born in Kansas, Penn lived in Japan, Germany and Virginia before moving to Texas and calling it home.

Having the Jane Brooks School for the Deaf here on campus was a huge selling point for Penn.

“I had been researching universities that had deaf education and being able to observe deaf students without ever leaving campus is what really attracted me to USAO”, says Penn.

A part of Droverthon, Chi Alpha and ASL club, Penn loves finding ways to get involved on campus and making new friends through these activities. She partially credits her ability to easily transition and adapt to change with having to move around a lot as a military child.

Being a transfer student, Penn was nervous to begin again at a new school in a new state, but luckily her orientation leader has been by her side from the minute she set foot on campus and has been able to answer any question she has had.

Penn speaks highly of the students, faculty and staff saying, “Most everyone has been so kind and welcoming and made USAO a home away from home. When I graduate, it will be a dream come true to be able to say that I got my Deaf Education degree from USAO.”