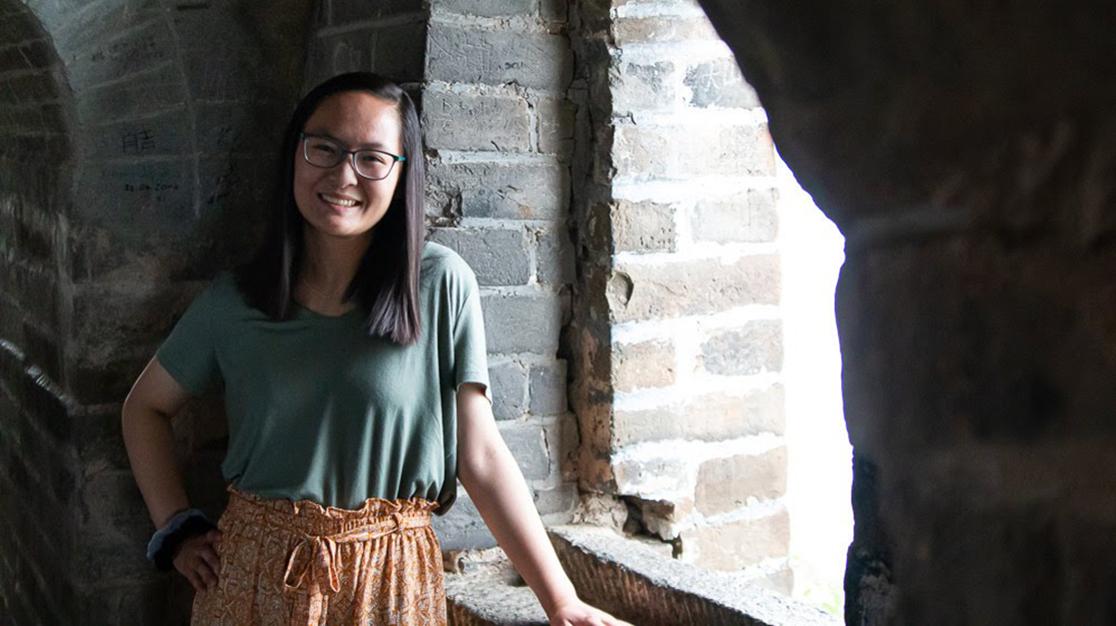 Humphrey has a bright future ahead of her at USAO and is ready to capitalize on every moment of it.

For Yukon native Halli Humphrey, when looking at colleges to attend, the academic opportunities at the University of Science and Arts of Oklahoma, in particular its signature Interdisciplinary Studies curriculum, were simply not like anything she found at another university. With this core providing every student a well-rounded education, combined with the tight-knit campus community and mentor-like relationship with faculty, Humphrey had found the college for her.

This freshman sociology major initially heard about the school from her friend, who was taking concurrent classes at the time, and found it very appealing. She chose her major because she wanted to understand how society operates on a macro level.

“Sociology looks at the whole picture instead of the individual and I love the research aspect because it can sometimes give me answers to why certain things can happen to specific groups of people,” said Humphrey. “I would like to eventually get into a graduate program and do research.”

While she has only been at USAO a short time, Humphrey is already heavily involved around campus, serving as the freshman ward senator in the Student Government Association, which includes sitting on the historian and diversity committees, as well as the vice president of the Young Democrats.

“I think these two activities will benefit me as a college student because they are both leadership-related clubs where the goal is to take action and be a part of something bigger than yourself. You also have to be sure to think of those you are representing, especially in SGA, in considering how to vote for or against certain legislation,” said Humphrey.

Humphrey plans to stay involved with student government throughout her time at USAO, and, though the community aspect of college is obviously important to this sociology major, she has also set some personal goals going forward.

“Ever since I came here, I have had to learn that it is okay to ask for help from professors because they really want to help,” she said. “I want to improve my procrastination because I tend to push things off until right before deadlines, and that isn’t really an enjoyable way to operate. I hope to achieve this by making mini deadlines for myself in order to complete things in a timely manner.”

Humphrey has a bright future ahead of her at USAO, and she is ready to capitalize on every moment of it.

“I absolutely love being a Drover! I would encourage everyone to come here. I am very thankful for all of the great opportunities I have here, both academically and personally,” she said.