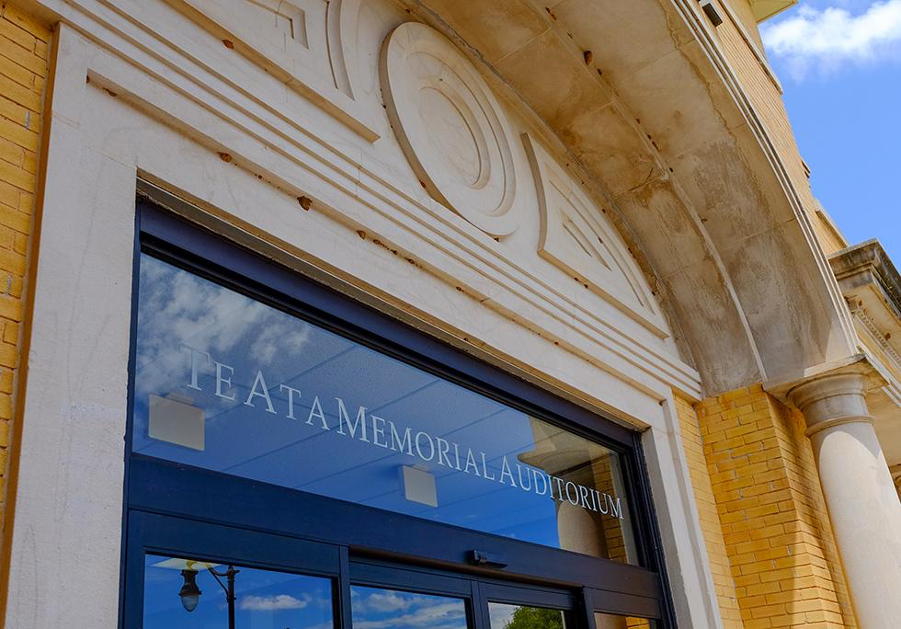 With a campus dating back over 110 years, the University of Science and Arts of Oklahoma is the only institution of higher education in the state to have its whole campus listed as a National Historic District. While time has taken its toll on many of the buildings, USAO is undergoing a major renovation project that will touch nearly every building on campus.

Currently underway, the theatrical rigging system in Te Ata Memorial Auditorium is being completely overhauled. The first part of the four-stage project is nearly completed, and the entire system should be finished by November. Theatrical rigging is a system of ropes, pulleys, counterweight and related devices that enables a stage crew to quickly, quietly and safely adjust various components in a theatre.

After many years without significant upgrade, the auditorium’s old rigging system seriously limited the types of performances the auditorium could accommodate. The new equipment will allow USAO to host a much broader range of artists and stage more complex productions, enhancing the cultural opportunities available to its students as well as the wider Oklahoma community.

Another improvement soon to be completed is the replacement of the windows in Austin Hall with modern fitting that match the style of the building’s current ones almost exactly. The new fittings will allow greatly increased energy efficiency without altering the character of the architecture.

“Our campus is well-known for how beautiful it is, and we want to make sure it stays that way while also embracing change and improvement,” said Sid Hudson, vice president for university advancement and executive director of the USAO Foundation. “It’s been amazing to see the generosity of everyone who has given to USAO to support these projects. Private donations have funded this whole endeavor, and that fact really shows how much these individuals believe in what this institution does.”

With some buildings dating back to 1908, USAO features some of the most historic architecture of any institution of higher education in the state. Over recent years, a number of disused buildings on campus have been renovated and repurposed. Lawson Hall has become a center point of activity for residents in the Lawson Court Apartments; Canning Hall now houses all deaf education classes as well as the USAO Foundation office; the old home economics building was renamed the Stevens Alumni House and can be rented for special events and other activities; and in 2017, Robertson Hall was completely renovated to serve as the university’s newest residence hall.