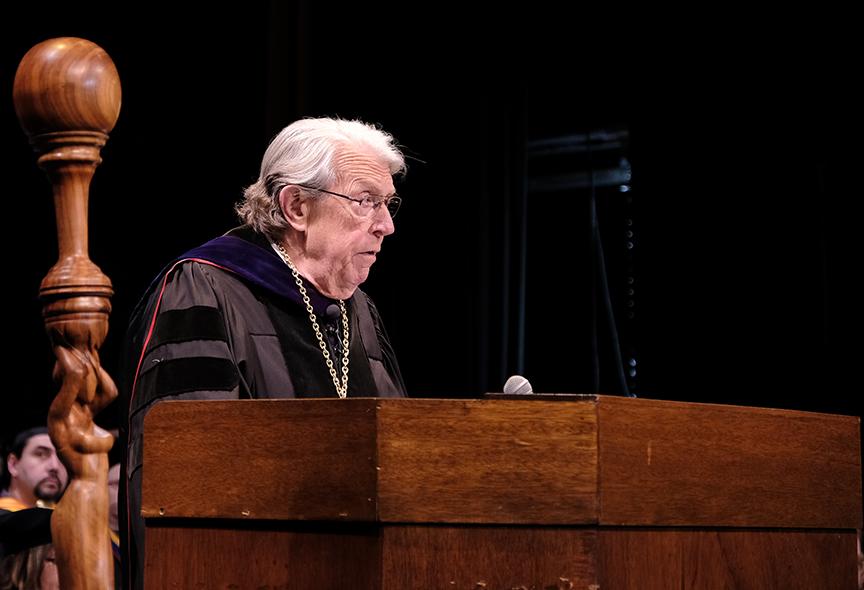 While the University of Science and Arts of Oklahoma’s spring 2020 term was deeply affected by the sudden emergence of COVID-19, the institution leveraged technology so that graduates of the spring 2020 term could still have their achievements publicly recognized during a virtual commencement ceremony held May 22.

In addition to a highlight reel for each individual graduate, the virtual commencement program had all the features of USAO’s traditional ceremony, including an address to the class from President Feaver, the presentation of the Outstanding Graduate Awards for each of the university’s four academic divisions, the hooding of participants in the Mentored Research Program and the presentation of the Alumni Association’s Distinguished Graduate Award.

“While it pains me greatly that I cannot be there to shake each and every graduate’s hand as they cross the stage in Te Ata Auditorium, I am grateful that we have still found a way to honor these bright young minds,” said USAO President John Feaver. “Our university prides itself on teaching our students to think critically and to be adaptable to changing situations, so, despite the unprecedented crisis we now find ourselves in, I know that these graduates now possess an incredible array of tools which they can put to work towards building a brighter tomorrow.”

Rebekah Willoughby, who graduated with a degree in music and sociology, provided the ceremony’s special music: an arrangement of Andrew Gold’s “Thank You for Being a Friend.”

Nationally ranked for quality and value, for over a century USAO has remained committed to providing a broad and accessible undergraduate education as the state’s only public liberal arts college.

The following students produced original research projects suitable for conference presentation and/or professional publication under the mentorship of USAO faculty:

Morgan Montgomery for the Division of Arts and Humanities

Erin Dunagan for the Division of Education and Speech-Language Pathology