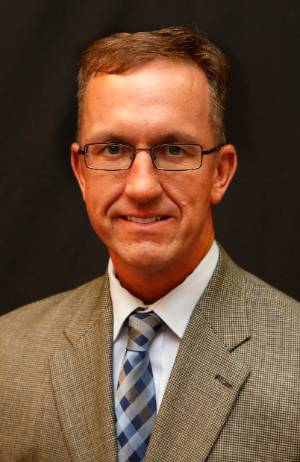 David Ferrell of Chickasha was sworn in as a member of the University of Science & Arts of Oklahoma’s Board of Regents during the regular board meeting on Sept. 14, 2016. Gov. Mary Fallin appointed Ferrell to the board for a seven-year term.

Ferrell serves as executive vice president and market president of Bank of Commerce for Grady and Caddo counties. He also serves on the bank’s board of directors.

Ferrell has nearly 20 years of experience in commercial and agricultural lending. He is actively involved with various local, state and national organizations including cattlemen’s associations, trade organizations and numerous civic groups serving on the board of directors for the Oklahoma Bankers Association Intermediate Banking School and the Chickasha Chamber of Commerce.

Ferrell earned a bachelor’s degree from Southwestern Oklahoma State University, a Master of Business Administration from Cameron University and graduated with honors from the Southwest Graduate School of Banking.

Ferrell previously worked as an adjunct professor at Science & Arts teaching business law and served on the board of directors for the university’s foundation.