Have a question for us? 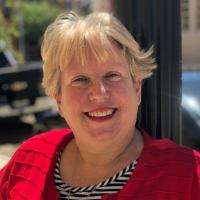 Heidi graduated from Science & Arts with a degree in Elementary Education in 1988. Over the course of her 32-year career she has taught 4th grade, self-contained special ed, resource special ed and inclusion. This year she was honored with the “Teacher of the Year” award at her campus, Ridgecrest Elementary, in Amarillo. She has been on the Alumni Board for 9 years and is currently serving as vice-president. Distance is not a concern for her as she has attended board meetings, events on campus such as Listen Local, The Civil War Symposium, Freshmen cookouts, art shows and other events in support of Science & Arts. This year, Heidi is entering a new phase of her life, retired, empty nester. She is looking forward to continuing to support her Alma Mater through the role of Alumni Association President. Many positive changes have happened under the recent presidents and she looks forward to leading the association into this new space ahead. 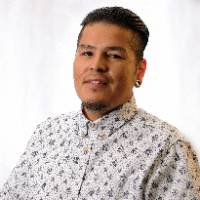 Benjamin Blackstar | University of Science and Arts of Oklahoma, 2018

Benjamin Blackstar is a proud Native American from the Kiowa Tribe of Oklahoma and a Comanche descendant. He is from Anadarko, OK and works as a High School Art Teacher for the Riverside Indian School. Benjamin has stated it is his goal to serve the future generations of his people; as a graduate from Riverside himself, he believes he is doing so. After working one year at USAO as the Creative Services Coordinator in the Marketing and Communications Department, he was given the opportunity to be a part of Riverside's amazing faculty. Benjamin has 4 children, Daniel, Benjamin Jr., Brooke, and Aja, and a wife of eleven years, Amanda Blackstar, who is also an alumnus from USAO's Psychology program. When he is not at work serving the youth, celebrating dance with the Kiowa Gourd Clan, or spending time with his family, he is painting or drawing, which can be seen in the Pauper's Gallery in Davis Hall and in businesses both locally and nationwide. During his years at USAO, Benjamin was given the award of Artist of the Year at the 84th Annual American Indian Exposition for a portrait painting of his daughter Brooke. Star received her communication degree from Science & Arts and went on to earn a master’s in human relations from the University of Oklahoma. She is a Chickasha High School graduate and native of West Palm Beach Florida.  She is happily married to James Bradford of 27 years and is the proud mother of three girls -- Tiffany, Jaeda, and Jaemie. Star enjoys working with various teams of boards to enhance the structure within any organization.  She currently serves as an international admissions advisor/counselor at Oklahoma City University where she also serves on the President’s Diversity Task Force. Star has served one term on the board of directors. In that term she has attended continuing education on board development let by the Oklahoma Center for Nonprofits as well as served on several committees. 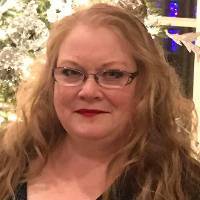 Originally from Tulsa, Michele received degrees in theater and music. While at Science & Arts, she fell in love with history through the teachings of Dr. Ingrid Shafer, a love that continues to this day.

She then received an assistantship at Louisiana Tech where she earned her master’s in stage management. While working in musical theater and opera, she traveled to work with companies in Ohio, North Carolina, Florida and Oklahoma, as well as film in California. Michele now works with the Osteopathic Founders Foundation in Tulsa. 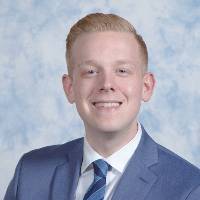 Chris graduated with a Bachelor of Arts in political science. After going on to earn a graduate degree at the University of Oklahoma, Chris has worked in fundraising leadership roles at the University of Oklahoma Health Sciences Center and Oklahoma City Community College. He currently serves as Chief Development Officer at Oklahoma Contemporary Arts Center. He previously served a three-year term as President of the Alumni Association. Chris is a passionate advocate for the value of interdisciplinary liberal arts education and the unique opportunities Science & Arts provides for students. Sandra (Wilmoth) Coulter graduated from Science & Arts in 2010 with a BA in English. Sandra has been in banking since 2011 and has served in many roles from branch management to operations to IT. (continued)

She is currently the Vice President/ Digital Channels Manager for a growing community bank headquartered out of Jenks. She values the Interdisciplinary Studies foundation that she received from Science & Arts and credits it with helping her always strive to know more about the world around her. In true Drover spirit, she even recently battled her fear of writing bios about herself in third person in order to support her beloved alma mater.

Sandra lives in Tulsa with her husband Erol (who studied music at Science & Arts) and their two daughters. 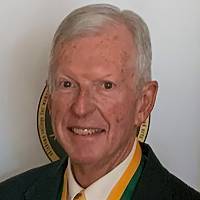 Eugene retired in 2015 after 42 years in public education, most recently as program director for Oklahoma Alliance for Geographic Education, and previously as the social studies director at the Oklahoma State Department of Education and as a classroom teacher for 20 years. He was named Oklahoma Teacher of the Year in 1989-90.

He was inducted into the Science & ArtsAA Hall of Fame in 2010. In addition to his degree from OCLA in political science, Earsom holds a master’s in social sciences from OU. He currently serves on the boards of directors of Friends of Libraries in Oklahoma, Oklahoma Educators Hall of Fame, Oklahoma Council for Social Studies, and New Hope Christian Church, Oklahoma City. 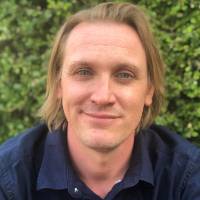 James Greenlee | University of Science and Arts of Oklahoma, 2009

James Greenlee is an Illustrator and Graphic Designer living in the Tulsa Metro area. A classically trained fine artist, Greenlee’s art incorporates elements of his day-to-day life and pop culture influences. His work ranges from acrylics, watercolors, inks, oils, digital illustration and has been showcased by OVAC in 2008, Tulsa United Way in 2020, and most recently TYPROS in 2021, where he shares an art installation at the Tulsa International airport. 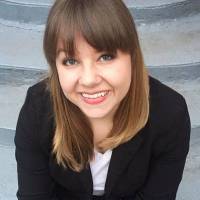 Marcie Price Jackson is an author, screenwriter, illustrator, and actress from Oklahoma, and she can typically be found doing grown-up things like drinking coffee and wearing pants in public. She enjoys writing romantic suspense for adults, contemporary young adult mystery, and YA sci-fi.

Aside from novels, Marcie also writes screenplays. Two of her scripts have been named Best Feature Screenplay at the Austin Revolution Film Festival, and she was selected as one of twelve screenwriters to represent Oklahoma at the 2016 deadCENTER Film Festival Screenwriting Intensive. Marcie graduated with her BFA in Graphic Design and Illustration from the University of Science & Arts of Oklahoma and works as a designer, illustrator, and marketing coordinator for a public library system. 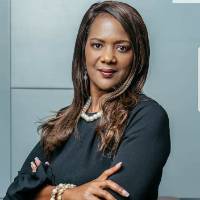 Tia Murry | University of Science and Arts of Oklahoma, 1998

Tia (Euwins) Murry received her English degree from USAO (1998) and went on to earn a Master’s in Human Relations from the University of Oklahoma (2009). She is a Chickasha native and 2nd generation USAO graduate. Tia currently the Director -Dual County for the Department of Human Services. She oversees all programs for Moffat & Rio Blanco Counties in Colorado. Tia also is a published author, public speaker, and executive coach through her business FLI. She also serves on the advisory board for Colorado Northwestern Community College. Tia is a mother of three children, Derrick, Tamia, Jazmyn and Honey (grandmother) to Amaiah. Tia loves to travel, listen audiobooks, and dance. Sarah Powers graduated from Science & Arts in 2009 with a bachelor’s degree in English, with minors in history and liberal arts.  A President’s Leadership Council member, she went from Science & Arts into positions in the offices of the presidents of Cameron University and Oklahoma City University, where she is currently executive assistant to the president.  She volunteers extensively in Oklahoma City.

Sarah is married to 2010 graduate Zachary McGrew, and they reside in Oklahoma City with their two cats, Jaco and Joni. Sarah was appointed to fill a vacancy on the alumni board in 2018 and served as chair of the scholarship committee. 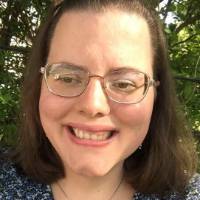 Michelle Skinner | University of Science and Arts of Oklahoma, 2006

Michelle Skinner graduated with a Bachelor of Arts in music with a minor in art and completed a master's degree in library and information studies from the University of Oklahoma. She currently works at the Chickasha Public Library, where her favorite things are reference, genealogy, document preservation and digitization, and writing a book about the library's history. She also maintains a piano studio, plays piano and organ at First Presbyterian Church in Chickasha, works as a freelance artist, and performs as a flutist and as an aspiring cellist. She tends to be curious and fascinated by everything, and she loves all things creative and intellectual. 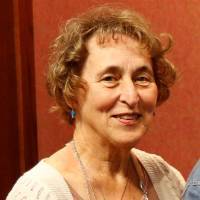 Gordona majored in psychology at OCLA. She completed 12 hours at the University of Central Oklahoma towards her master’s degree. Gordona works part time, serves on the board and as a volunteer at Epworth United Methodist Church in Chickasha. Gordona is the mother of two and a grandmother of four. She is on the Membership Committee for the state Oklahoma Home and Community Education organization and is a member of the Friend OHCE. She is a volunteer with the Chickasha Area Arts Council for the annual Rock Island Arts Festival.

Gordona would “like to see more grads from OCLA and from all years get involved and participate in the activities.” 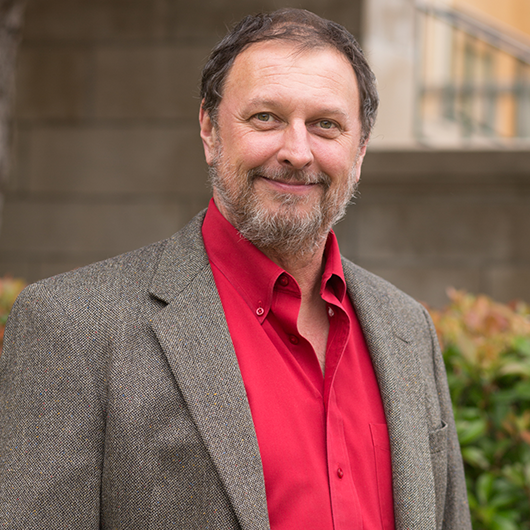 Thrift received the Science & Arts Alumni Distinguished Graduate Award and was named the Outstanding Graduate by the Science & Arts Division of Arts and Humanities. He is a member of the National Council on Education of Ceramic Artists; Potter's Council, American Ceramic Society and the Oklahoma Visual Artists Coalition.

Layne has served one term on the board of directors. In that term he has attended continuing education on board development let by the Oklahoma Center for Nonprofits as well as served on several committees. Layne is also the mastermind and creator of the 2017 Homecoming Bowl Fundraiser, that brought over 10K into the alumni annual scholarship fund.

Nominate a Board Member:
Deadline for submissions is July 1, 2023

Providing value to fellow alumni of the University of Science & Arts of Oklahoma doesn't have to end on graduation day. In fact, the opportunity to give back to your alma mater is one click away.

We are seeking names of alumni who are interested in serving on the Science & Arts Alumni Association Board of Directors.

The alumni board serves as the official representative of the entire alumni community and works on initiatives that help fulfill the mission of the Science & Arts Alumni Association.

As you consider potential candidates (or if you would like to self-nominate) please keep in mind that alumni board members are required to attend four board meetings per calendar year on the Science & Arts campus (Zoom meetings until further notice). For alumni who wish to serve but live out of state please don’t let geography deter you! We strive to achieve a balanced and broad representation of the alumni community on our board and are looking for representation from various backgrounds, degree programs, regions and industries.

Science & Arts Alumni Association board meetings traditionally occur on a Saturday in January, May, August, and during Homecoming the first weekend of November. All directors serve a three-year term. No board member may serve more than two (2) consecutive terms without a resting period of one year. This restriction shall further apply to the office of President, excluding board service as immediate Past President.

Submissions do not guarantee a position on the Science & ArtsAA Board of Directors.

All names will be sent to the Nominating Committee for further consideration.

However, there is much work to do and a place for all alumni who want to volunteer in service to the Science & ArtsAA. We will work with you to find the perfect fit.

If you have questions, you can email Science & ArtsAA executive director Dawn Reitan-Brockman at dreitanbrockman@usao.edu or contact the Alumni & Community Relations office via email or call (405) 574-1290.

The links below are provided in PDF: